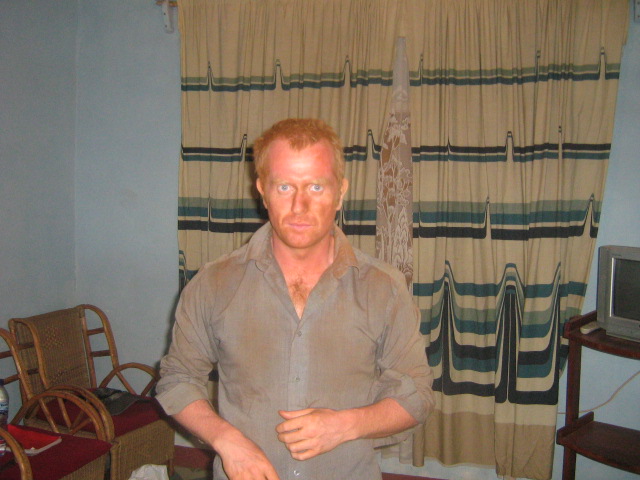 Quelimane is a seafaring city about halfway up the 2,500km length of the Mozambique coast. The capital of the Zambezia region it is an infrastructure hub and has a busy feel about it from first light till late in the evening.

Just over 300km northeast is the small border town of Milange, the last stop before crossing the border into Malawi. The trip I took between these two towns still sticks out in my mind, even though it was over a decade ago.

As I sat on the bus at Quelimane bus station just after sunrise, I wondered a little anxiously what the day ahead had in store for me. This was because I didn’t know how long it would take me to get to the border or if I would get there in daylight. Besides, border towns always made me nervous.

Buses only go when full and I watched the empty seats ahead of me slowly fill before we finally departed north-easterly towards Mocuba, a town 100km away.

Mocuba is where the bus would drop me off to look for transport to the border as it continued north on the paved road.

It was still only 11am when I stepped off the bus and I was confident of getting a lift towards the border.

While I waited at the turnoff for vehicles headed towards Malawi, I bought a bag of nuts to eat from the hut at the corner. Luckily, these nuts needed to be shelled, so I passed the time getting into each nut before having a moment of savoury satisfaction and starting the entire process over again.

Midday came and went as did 1pm. It occurred to me that transport to the border had already departed earlier in the morning, and it might be the next day again before any more go.

I’ll give it until 2pm then get a place to stay in Mocuba and try again tomorrow, I thought to myself.

Travel at night can be tricky and best avoided, and because the border was 200km away along what looked like a terrible road; this stuck me as the best option.

At the point of giving up hope, a truck came from the direction of Mocuba and slowly turned off. It was one of the large tipper type trucks that carry sand or gravel but instead of carrying building materials it carried people, lots of people.

I waved, and the truck slowed down and then stopped. After I had established its destination, I jumped into the back to join well over fifty others with baggage and all kinds of belongings.

Immediately I was ushered into the centre area of the trailer where women and children sat or crouched on their belongings. Most of the men sat around the sides resting their behinds on the edge of the trailer in what looked uncomfortable and dangerous in equal measure.

They swayed and moved with the rhythm of the truck counterbalancing each jerking motion to stay poised in their positions, with some even making it look comfortable.

On the other hand, I found it hard enough to keep seated on my backpack. Unable to sit down properly due to lack of space, I was half sitting, half crouching most of the time.

About two hours in the road got even worse, so much so that the truck sometimes travelled at walking pace.

In the worst sections, the truck would bounce so much that it lifted me into the air and plonked me back down onto my backpack. I braced myself when the truck slowed because I knew what was coming, but this made it worse in a way.

As we neared the mountainous region nearer the border, the weather became more temperamental. One minute there would be strong sunshine and dust being kicked up from the wheels of the truck, the next minute heavy rain.

When the rain started, the passengers unrolled a tarpaulin and stretched it over everyone, which kept the worst of the deluge from us.

As the evening drew to a close, I saw no sign of any towns, only the occasional light of a house in the dark, and wondered when we would reach the border.

I should have cut my losses and stayed in Mocuba for a night, I thought to myself as we bounced around in the dark in the border’s direction.

It was just after midnight when we finally rolled into town. I asked around about a hotel at the bus station but had no luck. After lingering at the station for a few minutes trying to think of the best course of action, people drifted away to where they were going, so I did the same.

I walked out onto the main street and only saw one person, and he was approaching me.

He beckoned me to follow him. Unsure of what else to do, I followed him down the main street and left onto a side street. About 100 metres down, a hotel appeared.

Having given the good Samaritan a tip for delivering me safely I asked the owner about a room.

“Have you looked in the mirror?” the owner asked, as he showed me a room.

My reflection took me aback when I glanced in the mirror. The thick layer of sun cream had mixed with the dust of the day to turn me into an Oompah Loompa. And a tired looking one at that.

I got the hotel owner to take a photo, and I put on a deliberately grumpy expression which made the snap even better.

Feeling refreshed next morning, I made it across the border into Malawi with no issues, but whenever I see this photo, I am reminded of my proper introduction to African travel. A combination of unpredictability, great people, wonderful scenery, hard roads and adventure.