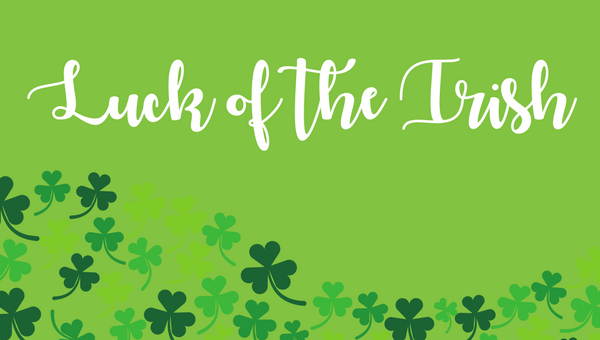 Is the luck of the Irish really a thing? There are probably statisticians out there who can prove that it’s no luckier being Irish than from any other nation on earth, but there is a certain affinity towards the Irish that can make life easier on occasion.

There have been several instances over the last 20-plus years of travel when someone found out I was Irish and have gone out of their way to help.

The one that sticks out the most happened almost twenty years ago on Labor Day weekend 2002 on the border between Canada and the US.

Labor day is the first Monday of September each year and recognises the hard work and contribution of labourers to the development of the modern United States.

Coming at the tail end of summer, it is one of the busiest weekends for traffic, with people moving in all directions to get one more break in before winter.

After spending the summer of 2002 in Boston on a working student visa, I had saved some money so decided to treat myself to a trip to Canada before heading back to Ireland for college.

I took the first part of my summer ending trip alone while the friends I had been sharing the house in Boston with would come up a week later. I planned to visit Toronto and Montreal and meet my friends at Niagara falls before returning to Boston for the flight home.

The overnight bus from Boston to the town of Buffalo, New York was uneventful, and I was unprepared for the mini drama that was about to unfold.

Located about half an hour south of Niagara Falls, Buffalo is a major crossing point between the States and Canada with the peace bridge traversing the stretch of lake Eerie, which divides the 2 countries.

The bridge commemorates the long running peace between the US and Canada and sees thousands of crossings daily.

However, on Labor day weekend, the queues at the border tail back on both sides and are something to be endured before a happy weekend ahead.

I sailed through US immigration with the official noting there was one part of my visa missing but dismissed it as trivial as all parts were the same, only being copies of each other. I had explained to the crossing guard that my friends were coming the following week and would bring the other part.

Unconcerned, I queued at the Canadian side to get my passport stamped, ready for a cool beer in Toronto, only 2 hours down the road.

When the Canadian border official brought up the small visa issue, I calmly explained what had happened and that the US side was happy for me to proceed.

He questioned why he should trust me and said he didn’t want to let me enter without the desired paperwork. In the end, he sent me back across the peace bridge in a taxi to queue up again at the American side.

Now mid-morning, the queue at the border was longer and I wondered what was the point of queueing up again.

Considering the other option was taking a bus back to Boston to get the other part of my visa only to retrace my steps again, I decided it was at least worth a try.

Two and a half hours later, I arrived hot and sweaty at the US border post again. I met a different official this time and relayed my entire story, which took a few minutes.

As I spoke, I could see the man behind the glass get more and more bored, as he had probably heard a thousand stories to get across the border in his years at his job.

“So, what do you want me to do?” he asked, in a polite but firm manner.

“I’m not sure. I was told by the Canadian side to come back here and ask,” I replied.

“Mmmm ok, let me look at the visa,” he said, going through the motions.

I slid my slightly water damaged passport through the gap in the glass, already planning for a night in Buffalo before a bus back to Boston.

“Oh, you’re Irish!” he said as he looked at photo page.

“From county Cork, down in the southwest,” I said.

“No way. My grandmother was from Cork. She came over and settled here. She used to tell us all about Ireland and its history. I’m hoping to visit in the next few years,” he said.

We continued our conversation about Ireland for another ten minutes before he said he can sort my visa issue.

“I’m going to ring the Canadian side and explain that I can vouch for you and there will be no problems,” he said, picking up the phone.

“Wow, thanks a million. I really appreciate it,” I said, taken aback at his generosity.

Before I knew it, I was in another taxi across the bridge being fast tracked through the other side. A quick phone call to my new friend on the American side of the border meant the Canadian officials were wishing me a pleasant stay in their lovely country, so you could argue that the luck of the Irish was with me that day.