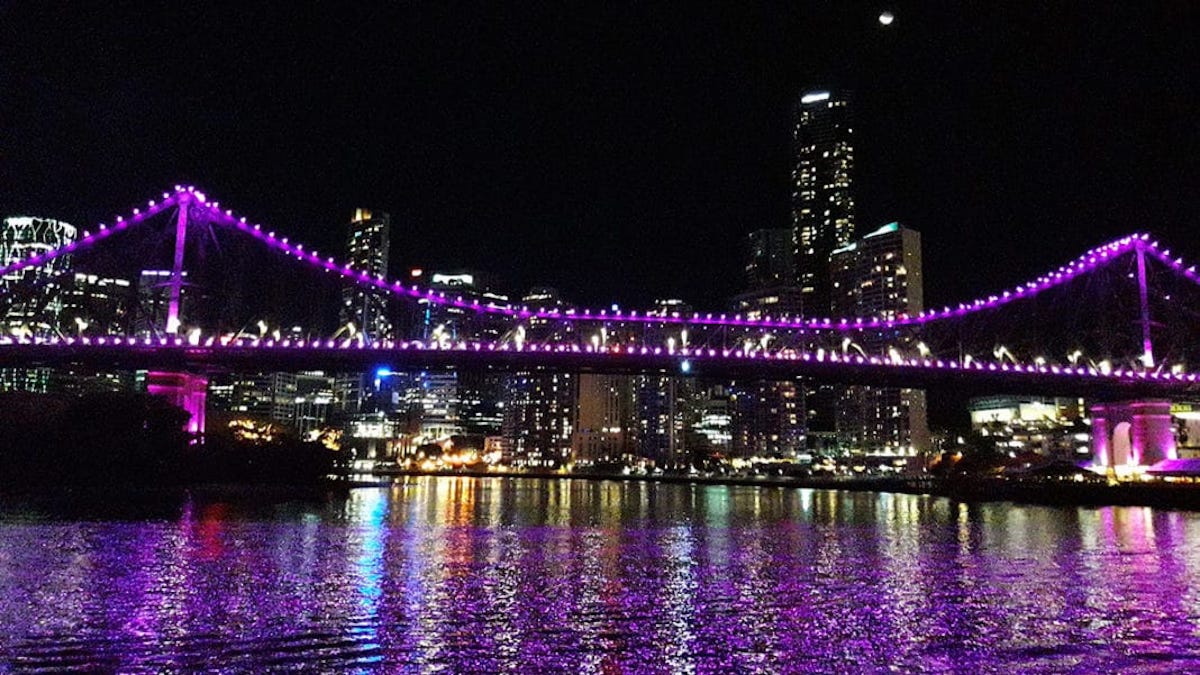 Brisbane or Brisvegas, as it is known by many locals, is one of the most underrated cities I have ever been to.

Not really on the backpacking radar in the same way as Sydney or Melbourne, I had heard little about the place before arriving to look for work as I made my way north from New South Wales to Queensland.

Located roughly midway up the east coast, Brisbane serves as Queensland’s capital, its year-round wonderful weather being an attraction for many.

Despite having a population of 2.5 million, the city retains a relaxed atmosphere, making it a place that is easy to like.

My first accommodation in Brisbane was the Nomads Hostel on the corner of Edward St and Ann St in the centre. One of the oldest buildings in the city, its late 19th century construction, includes a wrought iron veranda on each floor where it is possible to sit and watch life go by in the busy city centre below.

One of my best memories of this hostel was sitting on the second-floor veranda having my dinner after work while a thunderstorm lashed rain down onto the CBD. The rainwater flowed down Edward St like a river while thunder and lightning added great visuals and sound effects to the battering rain.

While the main building of Nomads was of historical significance, the bar in the basement aptly named the Downunder was anything but historical. Each night the place filled with travellers from all over the world who were inhabiting the four floors above.

As much as I liked the Downunder pub, it was the local Brisbane nightlife that I really enjoyed.

“You need to get yourself down to Fortitude Valley at the weekend mate, that’s where the real pubs are,” Mark, a welder who I was working with in the industrial area of Hemmant, told me one day at work.

On Mark’s advice, the following weekend I ventured into The Valley as it is referred to locally, and I liked the place straight away.

Located to the east of the city centre close to the picturesque Story bridge, The Valley takes in Brunswick and McLachlan streets and their surrounds.

As you might expect with a place called Fortitude Valley, the name has interesting origins. Scottish immigrants arrived in Brisbane in 1849 and set up in the area, naming it after the ship Fortitude, which brought them safely on their voyage.

Every city has a beating heart, and The Valley is the heart of Brisbane. Right from setting foot in the area, I could feel the weekend energy as revellers ventured from place to place as the night built up from early evening beers to its crescendo in one of the jumping dance clubs.

Even just walking around and taking in the atmosphere while stopping for the occasional bottle of Toohey’s New would be worth it alone.

Everyone has their own favourite pub or club in The Valley and mine was the Elephant and Wheelbarrow. There are all kinds of chic cocktail lounges, cutting edge dance clubs and great dining, but I have always preferred the more basic pubs.

Give me some cool beer on a hot Brisbane evening, throw in some live rock music, and I’m happy for the night.

That’s exactly what The Elephant had, and they packed it out every weekend, with the place getting livelier as the beer flowed.

The front part of the bar was old school and had a seasoned crowd who liked a drink and often had a cigarette in their hand while chatting with their friends.

This was in the time just before the indoor smoking ban came into effect, and people often dragged on a cigarette and supped on a schooner of beer.

The back of the bar where I liked to be had a younger crowd fuelled by beer and spirits watching a local rock band blasting out a mixture of their own songs and cover versions.

Anything by AC/DC usually went down a storm and had the already boisterous crowd in frenzy as the weekend kicked up a few notches.

Bobbing my head and tapping my left foot at the edge of the crowd was normally as far as I got but I loved the place and often split from whatever friends I was with to check out what was happening in The Elephant while they preferred the more upmarket places.

Sometimes I would join my friends in places like the Story Bridge Hotel bar, which attracted a different crowd to The Elephant and other times I would have such a good time watching the live band that time would get away from me and I before I knew it was closing time.

The relaxed way of the people in Brisbane, almost constant sunshine and the rocking nightlife at the weekend made Brisbane my favourite city in Australia. They certainly don’t call it Brisvegas for nothing, and this is from someone who only made it to the casino once!