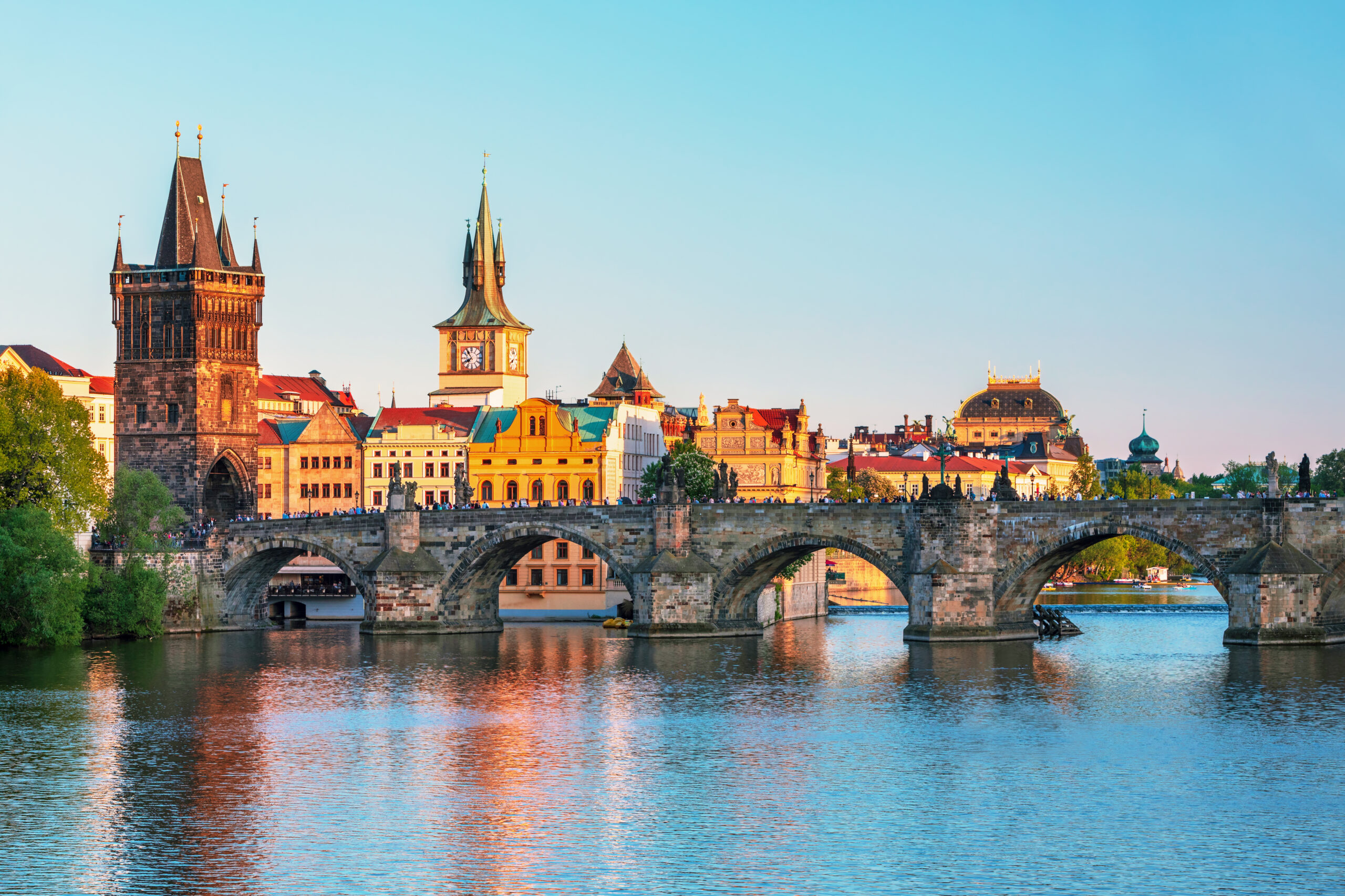 Two things stand out in my mind about Prague. The first was walking over the Charles bridge, which connects the east and west parts of the city centre.

Over 500 metres long, this medieval stone arch bridge had been a pivotal crossing point over the river Vltava for over 600 years.

The 16 arches hold up a bridge which has been witness to many wars, the iron curtain and mass tourism, its stonework now seeing a peaceful ebb in this part of the world.

Walking onto Charles bridge under the pointed stone arch of Mala Strana tower towards the old town, I was taken by both the beautiful view from the bridge as it looks out over the Vltava and the bridge itself.

Heavy stones from the wide path across the bridge while 30 large Baroque style statues line its dark stone walls. Erected over 300 years ago by prominent sculptors of the time, these statues have a mostly religious theme, including one of the Jesus carrying the cross in Calvary.

Ahead is more magically historic stonework of the old town bridge tower, and beyond this is one of the best preserved old towns in Europe.

The second reason I remember Prague so well was the absurdly long journey to get home.

On reaching Prague, I had been in Europe for eight months, which included working for a spell in an Irish bar in Frankfurt and a chicken factory in Holland.

This funded a summer trip around central and eastern Europe, taking in Poland, Hungary, Lithuania, Latvia, Estonia and finally the Czech Republic.

After my trip to Eastern Europe, I planned to go back home via Holland, so I left some of my belongings and a couple of hundred Gilders with Shoebill, a guy from Liverpool who I had worked with in Holland.

The plan was to collect this on the way home. I saw this as more of an emergency fund than anything because I didn’t travel with a bank card back then, using only cash and travellers’ cheques.

When the time came to return home, I rang Shoebill’s mobile phone but he didn’t answer. I wasn’t that concerned because he only answered when he felt like it. He still didn’t answer when I rang him from Florenc bus station in Prague before I boarded the bus to Amsterdam but I thought little it then either.

Fourteen hours later, I disembarked the bus in Amsterdam and tried Shoebill again. I finally tracked him down and found out he had returned to Liverpool.

My other problem was that I didn’t have as much money as I thought I would have after my travels. When I put everything together, I had the equivalent of just over 100 Euro left.

Not having enough money for a flight, the bus was the best way to get home. I had missed that day’s bus to Dublin, which travelled via the ferry in Calais to the UK, then over to Holyhead in Wales for another ferry to Dublin.

I took the next best option and got the overnight coach to Victoria station in London. With my remaining 100 Euro I couldn’t afford to splash out, even on the cheapest of accommodation, so a night on the bus it was. Definitely a better option than sleeping in the bus station itself.

On arrival at Victoria I found out the buses to Ireland leave first thing in the morning and I had missed them by a few hours. I splashed out most of my remaining cash on the next ticket to Ireland, which was going to Dublin at 8am next day.

Only 21 hours until the bus to Dublin goes, I remember thinking to myself as I settled into Victoria station for the day, which passed surprisingly quickly.

I broke things up with a walk around the outside of Buckingham palace, along the Mall and into St James’ park where I stopped to while away the hours looking at the ducks on the lake inside.

Later, I found a quiet spot and get some sleep using my backpack for a pillow and before I knew it was morning again.

I must have looked rough because a kind woman passing on her way to work bought me a sandwich and a copy of time magazine, which I was incredibly grateful for.

The trip to Dublin went smoothly, but we got into the station after the last bus had left for Cork.

As I couldn’t afford a hostel, I got the last bus to Newbridge County Kildare, which was on the way to Cork. I pitched my tent on a green area just outside the town and got the first bus home in the morning.

It took me three days, five buses, and two ferries to get home from Prague because I had miscalculated my funds slightly and my friend had moved home before I got back to Holland.

This was one of my first trips away from home and what stands out for me, apart from how badly organised they were, is how carefree they were. Most of the time you didn’t know who you would meet, where you would stay or even how you planned to get there, but that was all part of the adventure.